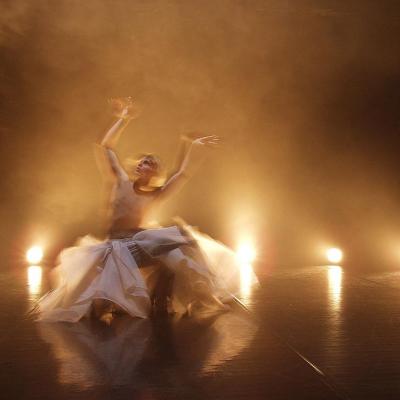 Commissioned by the Venice Biennale in 2002, HUNT is a collaboration of choreographer-dancer Tero Saarinen and multimedia artist Marita Liulia. Praised by audiences and critics alike, the creation has become one of the most significant contemporary reinterpretations of Igor Stravinsky's The Rite of Spring. Saarinen, who turns 50 in 2014, toured with the work until the Rite's centennial in 2013. A total of 174 performances took place in 82 cities and 32 countries in Asia, Africa, the Americas and Europe. Finland's national public service broadcasting company, Yle, recorded the choreographer's last performances in his home city, Helsinki, at the main stage of the Finnish National Theatre in May 2013. Featuring material shot on stage and in the Yle studios, this exciting new screen version of HUNT gives audiences the possibility to experience this groundbreaking work once more - and for the first time ever on the silver screen.