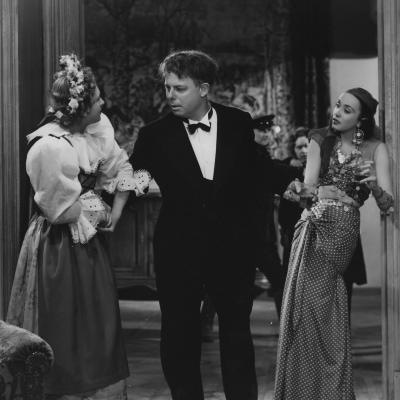 Jean Renoir shot The Rules of the Game in 1939. Portrait of a film: Jean Renoir’s «dramatic fantasy» depicts the provincial French aristocracy with candid humor. From nobles to servants, from a masquerade ball to game hunting, a small community gets giddily caught up in a web of lies, false pleasures and illusory love, and even winds up passing off a murder as an accident. There are no real good guys or bad guys in this technically daring film that breaks narrative codes. Though initially misunderstood and greeted with derision, today it is considered one of the greatest films in the history of cinema. Portrait of an era: Set on the eve of WWII in a climate of anti-Semitism, The Rules of the Game is the cruel portrait of a world in decline and the disintegration of a certain French elite, frivolously oblivious to the imminent perils. «What’s interesting,» Renoir explained, «is the time at which I shot it, between Munich and the war, while I was deeply disturbed by the mindset of a part of French society.» A mindset which would lead to its defeat, the German victory and the Vichy regime. Portrait of a film director: Son of Impressionist painter Auguste Renoir, Jean Renoir (1894-1979) is considered one of the greatest French filmmakers, worshipped by the heralds of the Nouvelle Vague. Associated with the Popular Front, the unforgettable author of The Grand Illusion and The Human Beast fulfilled one of his oldest dreams in The Rules of the Game: to be an actor. After the film’s commercial failure, he left for Italy then the US where he became an American citizen.