A Film and its Era: La Haine (Mathieu Kassovitz) 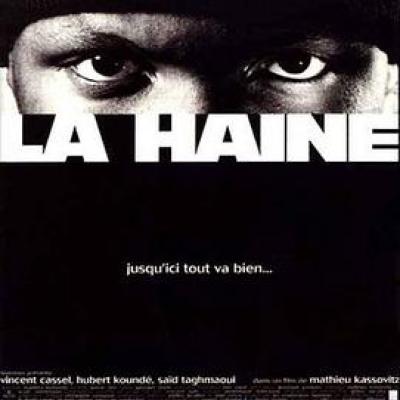 Mathieu Kassovitz shoots Hate in 1995. Portrait of a film: punctuated by the relentless countdown of a predetermined drama, Hate is the story of three young friends from a low-rent housing zone on the outskirts of Paris, the day after a night of rioting. It is a portrait of the working class unemployed youth, facing police violence and boredom. After wandering and dealing with daily trials, the journey of the three friends ends with the accidental death of one of them. Upon its release the film inflames the press, engenders violent controversies and draws more than 2 million entries. Portrait of an Era : the year of the film, Jacques Chirac is elected President of France. In a context of impoverishment of the working classes, the 90s witness the rise of an immigrant youth and that of the Hip Hop culture. The «Don’t touch my friend» generation is giving way to «the rap generation». The issues related to youth unemployment, insecurity and the integration of the immigrant youth become enduring political, economic and social realities. Portrait of a director : Hate is the second feature film of Mathieu Kassovitz. The revelation of that year, the young director receives a few months before the César award for most promising young actor for his role in Jacques Audiard’s film debut, See How They Fall. A gifted actor, a virtuoso director, a filmmaker connected to his era, that of the black-blanc-beur generation, Mathieu Kassovitz becomes at age 27 the leading figure of the renewal of French cinema.