A Film and its Era: A nos amours (Maurice Pialat) 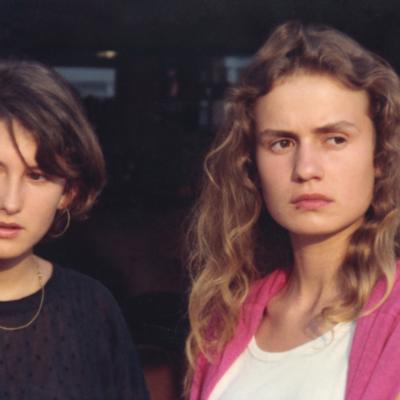 Portrait of a film: Suzanne, aged only 15, collects sexual encounters. Her father, whom she admires, suddenly leaves the conjugal home. Now living with her half-mad mother and her despotic brother, Suzanne decides to flee. She engages in a loveless marriage before leaving for America with her new lover. For the role of Suzanne, Maurice Pialat chooses Sandrine Bonnaire, a young unknown 16-year-old living in an HLM in the Parisian banlieue, and plays the role of her father himself. The other actors are amateurs, except for Evelyne Ker in the role of Suzanne’s mother. After nine months of shooting, raised tensions on set, a new cinematographer and unplanned scenes, the film became, as always with Pialat, a turbulent adventure. Portrait of an era: Screenwriter Arlette Langmann, then in a relationship with Pialat, is also the sister of film director and producer Claude Berri. She writes a screenplay that is largely autobiographical – inspired by the history of her family as well as her own adolescence. A fact that didn’t please Claude Berri. Characterised by the era of birth control pills, greater freedom of moral standards and affective emptiness, Suzanne is a girl of postfeminism before HIV spread and individualism had its comeback after the collective utopia of the 70s. With Suzanne, leading an unfettered life, and her parents, who never had such freedom, there is a permanent confrontation. This generation gap, already violent in the 70s, intensifies in the 80s. Maurice Pialat makes it the focal point of his film. Portrait of a cineaste: By the release of À Nos Amours, Sandrine Bonnaire has been greeted as a revelation. The film that achieved over a million entries brings Pialat recognition: Prix Louis-Delluc, César Award for Best Film, César Award for Most Promising Actress for Sandrine Bonnaire. Then aged 58, Pialat has only completed ten major features, but he was happy to live a solitary life. He originally intended to become a painter and it is the cruelty of mankind, its dark sides and weakness that intrigue him most. The naked man. Supporting Cinéma vérité without concession, he was to be a major influence for generations of French cineastes to come