A Film and its Era: All about my mother (Pedro Almodovar) 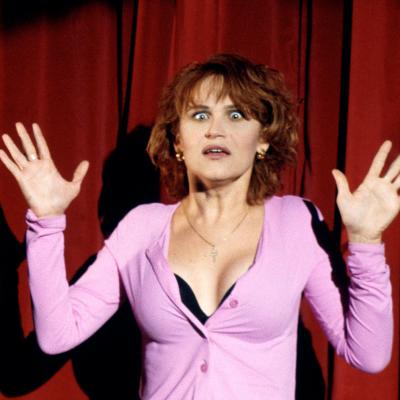 Portrait of a film: Manuela, a single mother, accidentally loses hes 17 year old son and starts searching for the father of the child. The latter lives as a transvestite prostitute in Barcelona. The film offers a gallery of women’s portraits - nurses, actresses, transvestite prostitutes, nuns - facing by themselves life and its attendant tragedies: the death of a son, drugs, AIDS. However there is no major male part in this film, in which the world seems to belong to the women, who are facing men that are missing, inconsistent or have bluntly decided to change their gender. Portrait of an Era: All About My Mother takes place in the new Spain of the 90’s: the sexual liberation and cultural explosion have transformed within two decades the oldest European dictatorship into an ultramodern country in which, after the "movida" years in Madrid, Barcelona has become the coolest city in Europe. But it also has its dark side: the fashionable metropolis is the capital of drugs, prostitution, and AIDS. The film embraces the transgender theories and offers in its filigree a new design of the family, no longer based on genetic links, but on elective affinities. Portrait of a filmmaker: when he makes All About My Mother, Pedro Almodovar is 50 years old. Born in 1949 in a small village of La Mancha, he lands in Madrid at 18, without qualifications and without a penny, with one thing in mind: making movies. He lives on odd jobs before directing his first feature film in 1980, Pepi, Luci, Bom and Other Girls Like Mom. A master of bad taste and of the mix of genres, big fan of melodramas and intricate plots, Pedro Almodovar films according to a particular aesthetic: multicultural, neo-baroque, both popular and avant-garde, kitsch and intellectual.