A Film and its Era: Une Séparation (Asghar Farhadi) 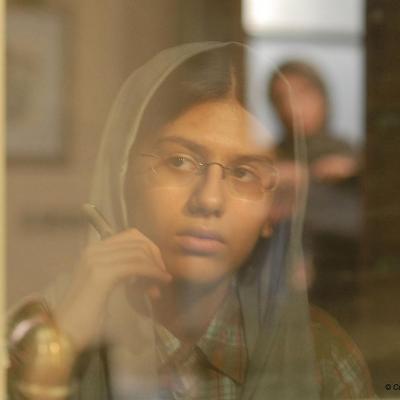 Portrait of a film: A Separation is the story of a divorce in our times in Tehran. A young woman wants to emigrate with her daughter, but her husband does not share this desire, as he wants to stay with his father, suffering from Alzheimer’s disease. At the same time, the husband is accused of having pushed his father’s caregiver down the stairs. Both cases are taken to court – a well-constructed double intrigue and breathless suspense in a harrowing movie of profound humanity. Portrait of an era: Shot in 2011, A Separation plunges the viewer in the modern Iranian society and shows the rupture between the liberal middle class and the popular religious and traditional class. It is also the portrait of a rebellious woman living in a developed country that is strained by the suffocating weight of religion. Since 1979, Iran is an Islamic Republic, led by religious conservatives. It has been shaken in 2009 by a strong protest movement, which was suppressed violently. Portrait of a cineaste: No other Iranian film has had such a wide international distribution and it was the first one to win an Oscar in Hollywood. A Separation is the fifth feature film by Asghar Farhadi who was born in Isfahan in 1972 and started his carrier as scriptwriter and dramatist for Iranian television. He is part of the new generation of Iranian cinema, which is astonishingly steadfast, despite all official censure. He shot his last film The Past in France.