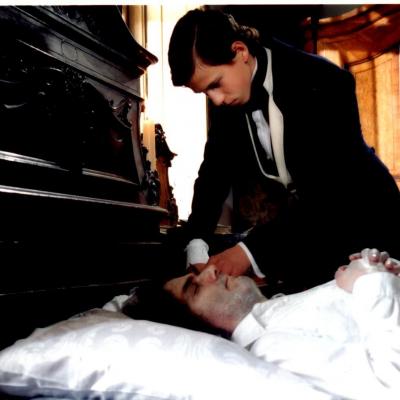 This film traces the unlikely journey of a lock of hair cut from Beethoven's corpse and unravels the mystery of his tortured life and death. The film begins in modern times when a pair of Beethoven enthusiasts, Ira Brilliant and Dr Alfredo “Che” Guevara, purchases the hair at a Sotheby's auction. As the story unfolds, it follows the past generations of owners, culminating in the futuristic science that reveals Beethoven's "medical secret". Set to a lush score of some of Beethoven's most glorious music, the film explores the world of forensic testing in sharp relief against the romance of 19th century Vienna and the horrors of 20th century Nazi Germany. Based on Russell Martin's bestselling book, this is the story of characters separated by time and place, whose only connection is an odd relic that touched each of their lives. Along the way, BEETHOVEN'S HAIR sheds new light upon the cause of Beethoven's various maladies, including his deafness, as well as accounting for his volatile personality and perhaps even the nature of his art. (Source: Bullfrog Films)