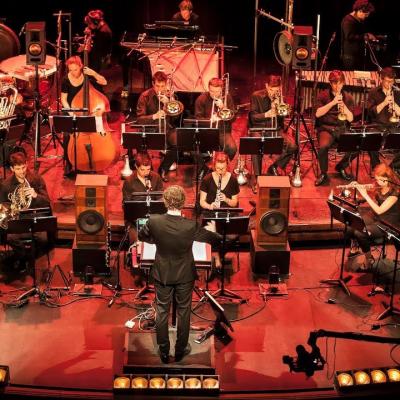 The late French composer Pierre Henry was among the pivotal forces behind the development of musique concrète, becoming the first formally educated musician to devote his energies to the electronic medium. His final work Dracula was originally composed with two different tracks: one with Richard Wagner’s music (mainy his ‘hits’) and the second one with horror film soundtracks. The orchestra Le Balcon – 17 musicians on stage and 30 speakers everywhere in the theatre – bring the music in a canon-like merry-go-round to life: one half performs Wagner, the other half plays film soundtracks up until they reverse their roles.