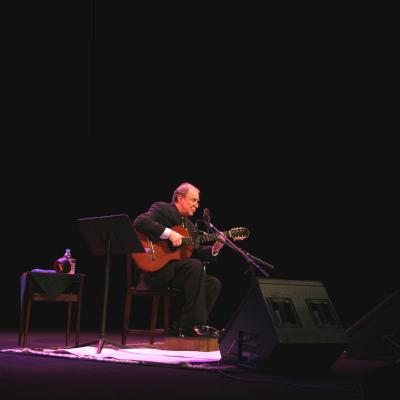 João Gilberto is winner of two Grammy awards and nominee for six, he is one of the most important figures in Brazilian music and the grandmaster of bossa nova. His first and only approved live video was taped in November 2006 at the age of 75 in Tokyo and edited over almost 12 years by his trusted Japanese crew. It was released in Japan in May 2019, two months before his death on 6 July 2019.

A total of 21 songs include the famous “Garota de Ipanema (The Girl from Ipanema)”, “Chega de Saudade (No More Blues)”, “Desafinado (Slightly Out of Tune)”, “Águas de Março (The Waters of March)”, as well as valuable first-time-recorded numbers such as “Pica-pau (Woodpecker)”, “Treze de Ouro (Thirteen Gold)” and more.