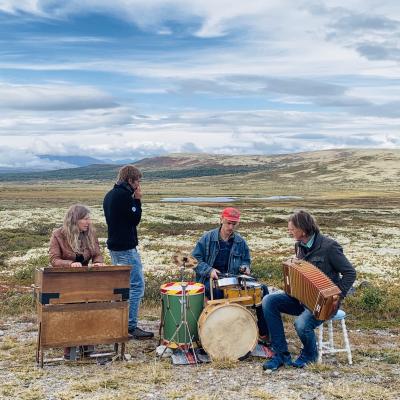 After the pilot episode "Sound-Treck Austria", the second part of the series takes us on a documentary journey through Norway. ­We explore the roots of traditional music in this relatively young nation and trace its modern manifestations. We discover the history of Norwegian folk music as well as the reasons for its popularity today. How do young musicians include folkloric traditions in their music? We want to know what significance folk music has for musicians, how it is embedded in the culture and society of the country. Which role does it play for the various musical genres and in general: What do musicians associate with traditional music?

This is why we meet bands and artists of the four genres folk, jazz, joik and metal, who are well-known in Norway and beyond. Th­rough the eyes of the local musicians we get to know their country, the Norwegian people and the northern landscape.

Host: MANUEL WINBECK, the trombone player and co-founder of the Bavarian brass band LABRASSBANDA and head of the band MONOBO SON.