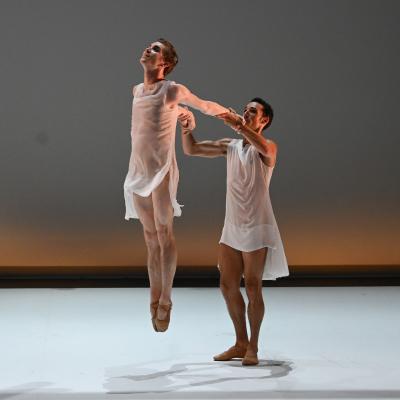 It is of course Ludwig van Beethoven's 6th Symphony, whose epigraph is: "Pastoral Symphony, or Remembrance of Rustic Life, more expressed emotion than descriptive painting". Translating the composer's ardent love of nature: "I am so happy when I can once wander through the woods, the thickets, the trees, the rocks! No man can love the countryside as much as I do". Apart from the singing birds and the thunderstorm, the Pastoral Symphony expresses a feeling more than it imitates things. Impressed with serenity and fundamentally idealistic, one can see the flowery paths of ancient pastoral care, the innocence of the early days, as a filigree. Or again, hovering like a halo, the sacred dust of Athens, a city venerated by poets and artists for having created Beauty. Composed at the same time as the 5th Symphony, which showed man's struggle with his destiny, abandoning his moods to nature, Beethoven resuscitates in our eyes the Arcadia of the Golden Age: "a land of shepherds where people lived happily in love". While the air is heavy around us, the world is suffocating, pretending that all is well, as Beethoven did, who, in the most complete despondency, noted in his Diaries: "By the power of charms and celestial harmony, I will bring to men dreams of sweetness. By the power of infinite and marvellous love, I will make their lives similar to springtime”. Coupled with the Cantata op. 112, entitled: Calm Sea and Happy Journey, and with some motifs from the Ruins of Athens, in the footsteps of a wandering companion, our Pastoral will invoke Hellenic antiquity as a place of nostalgia and resourcefulness, of the pain of an endless desire for the spiritual realm of the infinite.