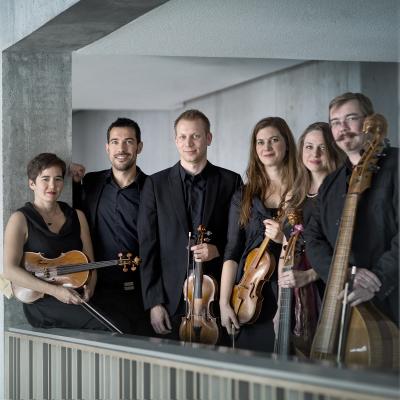 Dietrich Buxtehude (1637-1707) is considered today one of the founding fathers of the 17th century German school, whose influence on composers such as Johann Sebastian Bach, his spiritual son, cannot be overestimated. Not only was he an indisputable master of organ music, but also a most prolific composer whose oeuvre consists of more than 200 works
Dietrich Buxtehude spent his life traveling between Lübeck and Helsingborg, Hamburg and Copenhagen. Very innovative, at a pivotal time in the history of music, Buxtehude established the Abendmusiken (“Evening Concerts”) that were introduced by his predecessor Franz Tunder on the five Sundays preceding Christmas.
Let’s us join the Masques ensemble and the Vox Luminis choir and discover 17th century baroque music and the composer Buxtehude through his vocal compositions, ranging from spiritual concert, choral, aria to cantata parties, many of which directly influenced Johann Sebastian Bach’s compositions.
It is to a journey in space and time, a journey in which violins, viola, viola da gamba, violone, harpsichord, canned organ and choral ensemble will share the legacy and influence of Dietrich Buxtehude who has transcended borders with us.