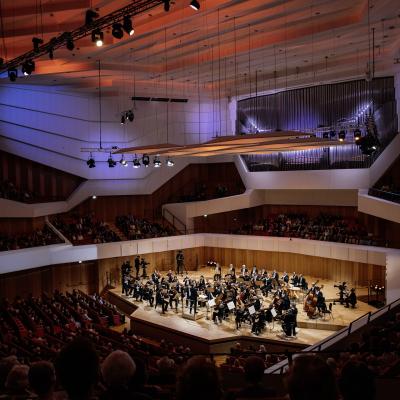 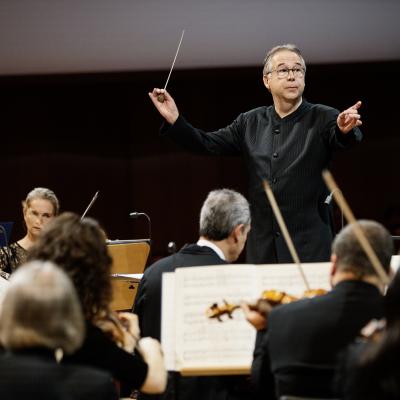 Bertrand de Billy has been principal guest conductor of the Dresdner Philharmonie since 2014 / 2015 and he is known for his extensive repertoire ranging from Bach to premieres of contemporary composers.

He is joined by a performer of fierce integrity and dazzling communicative power, Lucas Debargue, who is already compared to Glenn Gould or Van Cliburn. The new concert hall is the heart of the rebuilt Kulturpalast right in the city centre of Dresden. Similar to the Philharmonie in Berlin and the Gewandhaus in Leipzig, it was built in the so-called Weinberg style which guarantees clear acoustics. The concert hall with its 1760 seats and mid-oriented stage offers the Dresdner Philharmonie optimum spatial and tonal conditions, for the first time in its 150 years old history.