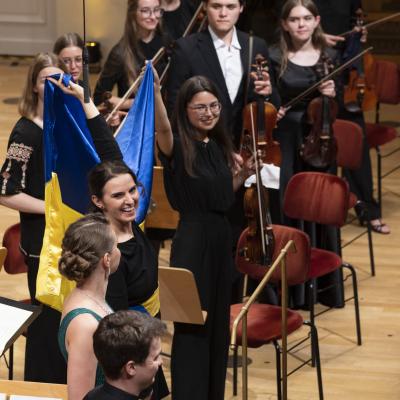 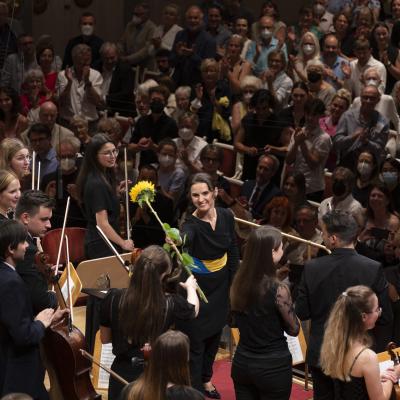 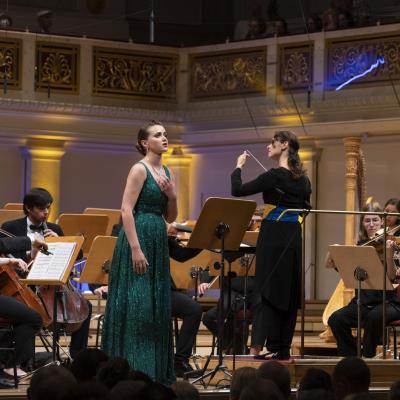 Even in the fall of 2021, when we began planning our festival programme, the Youth Symphony Orchestra of Ukraine was part of our plans. When the war broke out, the Festival’s leadership and the orchestra jointly decided to reserve this evening for the Youth Symphony Orchestra of Ukraine. This corresponds with the wishes of the young musicians themselves.

The programme is a wonderful mix of rarities and repertoire: the programmatic beginning is Zoltan Almashi’s Maria’s City, followed by Beethoven’s overture to Schiller’s Egmont – a plea against oppression and occupation. The evening’s centrepiece are two Ukrainian works: a symphonic poem by Borys Lyatoshynsky, a late romantic considered the father of an independent Ukrainian orchestral school, and a Chamber Cantata for voice and orchestra composed by Oleh Kyva in 1982, celebrating the eternal beauty of the world. The wonderful, optimistic finale is Dvořák’s melodious Ninth Symphony “From the New World” – which, in contrast to its suggestive title, is first and foremost a testament to the composer’s longing for his Bohemian homeland while in the USA. The orchestra is led – as it was at its festival debut in 2018 – by Oksana Lyniv, the Ukrainian shooting star who became the first woman ever to conduct in Bayreuth last year.