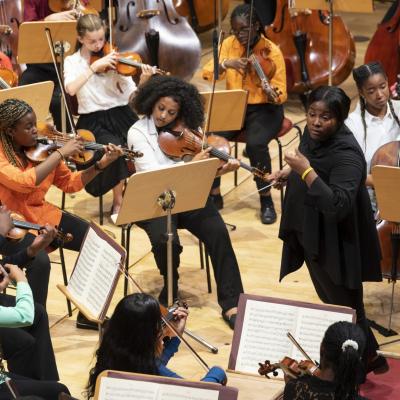 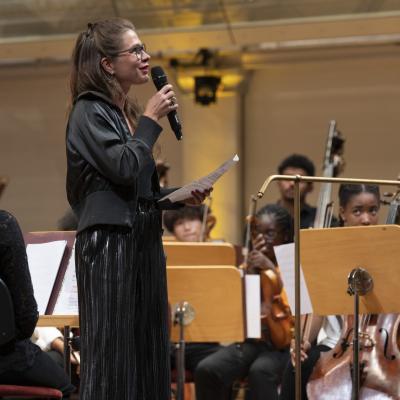 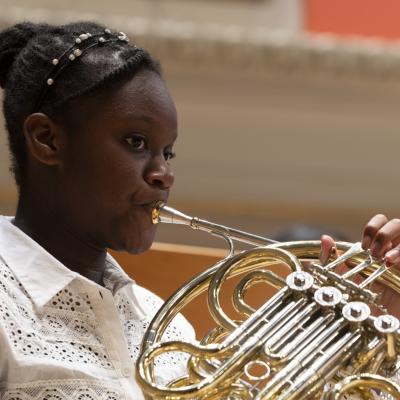 Humour us by answering the following question: how many Black classical performers do you know off the top of your head? The Chineke! Foundation is trying to break through the privilege gap leading to this lop-sidedness: since 2015 the British foundation has supported Black artists in classical music, creating opportunities for musically gifted People of Colour which frequently turn out to be the career-defining Launchpad into the classical music world. The concert programme of the Chineke! Junior Orchestra also reflects its mission of bringing greater diversity to concert life. It begins with Samuel Coleridge-Taylor, a London composer with roots in Sierra Leone, who set a splendid example of musical integration more than 100 years ago. The middle part stars pianist Gerard Aimontche, playing a piano concerto by Stewart Goodyear which the Canadian composer wrote for his own virtuoso fingers in 2016. And after the interval, we delve into great romantic feelings – with Tchaikovsky’s Fourth Symphony, whose musical qualities are by no means second to its more popular siblings, the Fifth and Sixth. On the conductor’s podium is the promising Venezuelan Glass Marcano, a winner of the first La Maestra Competition for female conductors in 2019 and the audience’s absolute favourite. Let your ears be opened!